Skiing History: A Brief Insight into Skiing’s Past 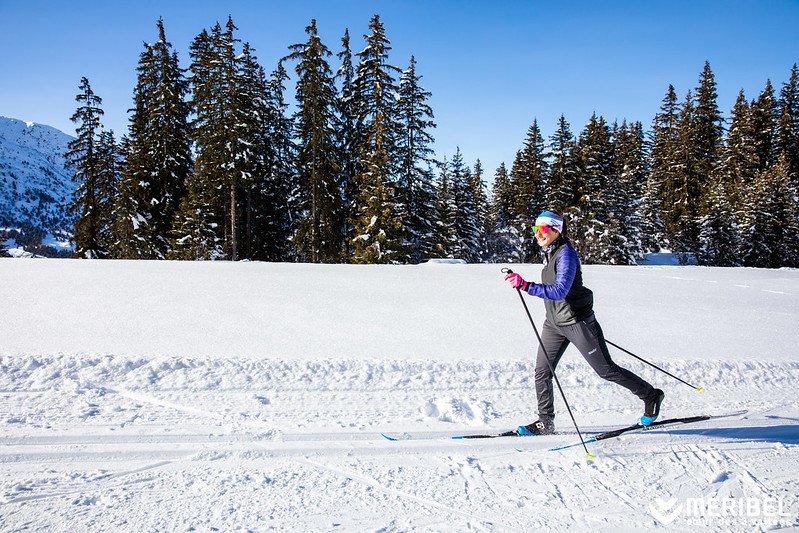 Skiing hasn’t always been the popular leisure and sporting activity it is today. Each year groups of families and friends head off to the mountains, in hope of great conditions and making memories with their loved ones. However, years ago skiing was a vital lifeline for those who invented it. Within this blog we explore the earliest of skiing history and much more. Including the history of skiing in France, ski boots and apres ski.

When was skiing first invented?

In his book Two Planks and a Passion: A Dramatic History of Skiing, Roland Huntford describes how skiing began as a mode of movement and survival. According to Huntford, cave drawings suggest that man used skis during the last Ice Age in the Palaeolithic period. Some 2.85 million years ago. The oldest ski artefacts found in the 1960’s, are fragments of ski-like objects. They were found in Northern Russia and are thought to come from the more recent Mesolithic period, around 6000 BC.

Who was the first person to Ski? 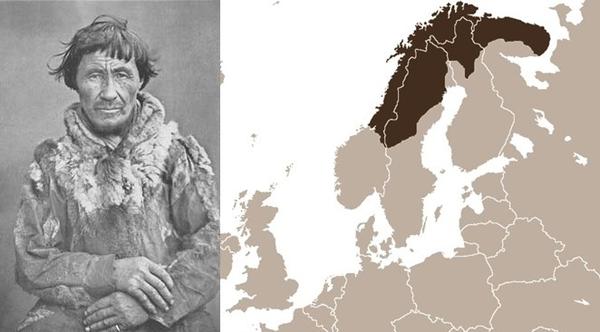 A basic timeline of the Modern history of skiing?

Skiing evolved further in Scandinavia during the 1700s, where it was mainly used for military considerations. In Norway during the 1800′,  things really came on for skiing as a sport and leisure activity.

Some of the key benchmarks in the history of modern skiing are outlined below:

When did skiing become a sport?

In the 1760s, the Norwegian army held skill competitions involving skiing down slopes, around trees, across level snowfields and while shooting. These races were precursors to Olympic sports.

It was during the mid 19th century the focus moved more heavily from Nordic (cross-country) skiing to Alpine (downhill) skiing. This was due to the more adrenaline inducing nature of travelling down hill at high speed, in contrast to across level terrain. It was around this time that Oslo hosted the first national race in 1867. 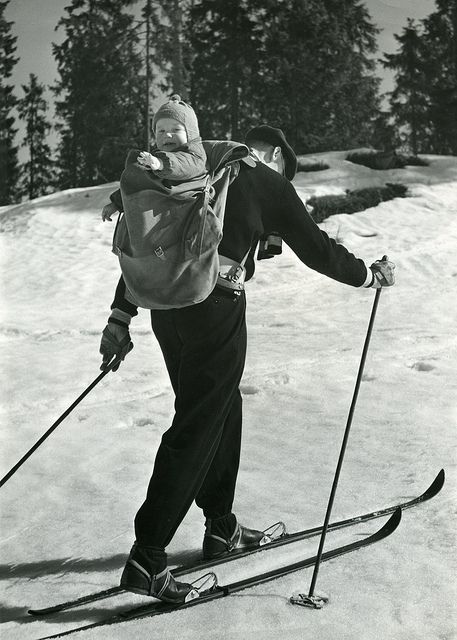 Skiings popularity boomed following the first Winter Olympics in Chamonix, 1924. At the time of the games, Alpine skiing was still in its early stages. So, it was only the then more established style of Nordic skiing that was included in the 1924 games.

The history of skiing in France?

During the late 1800s, Norway took the lead in developing skiing from being a military activity to one that is enjoyed for both sport and leisure purposes. Around this time, skis were being shown as a modern feature of the Universal Exhibition of Paris. It was here that they caught the eye of Henri Duhamel, who began to invest in developing their materials and design.

At the turn of the century, the French military also adopted skiing and designed a ski to meet their requirements. At this time, the Briancon ski school was established. The school was used to train the French military ski forces and still continues to operate today. It’s now used to train the regional troops to defend France’s south-wastern frontier.

In 1924, the first Winter Olympics was held in Chamonix, France. Following the event which glamorised skiing, brits and other holiday makers flooded to villages such as Chamoix and Val d’Isere. It was at this time that the sport and skiing in the French Alps really took off. 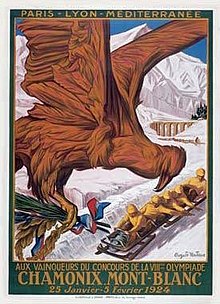 Shortly afterwards, in the 1930’s, our much loved Meribel was founded. It was Scottish Colonel, Peter Lindsay who founded the resort. He and French skier Emile Allais set about building a resort in the perfect location near the village of Les Allues. For a more indepth exploration into the History of Meribel, visit our blog – The history of Meribel.

The growing popularity of downhill skiing resulted in the inclusion of Alpine skiing in the 1936 Winter Games in Garmisch-Partenkirchen, Germany.

The surge of popularity in downhill skiing coupled with the charm and international accessibility of French ski resorts, meant that the Alps quickly became the centre of the modern skiing world.

The history of Ski boots?

When skiing first originated, Norweigan hunters and farmers simply wore their daily work shoes to ski. Until the 1840’s, bindings were made up of a single leather strap. This strap simply fastened across the toe of the boot.

Boots were made from tough grain leather in an attempt to provide a waterproof shell. This enabled their thick wool socks to remain as dry as possible.

In order to overcome the issue of ski boots slipping out from the single leather strap binding, the Sami skiers devised a boot with a vertical lip at the toe. This lip prevented the boots from sliding out of the binding backwards. Therefore, they provided a far safer and more secure fixing to the skis. These boots are often likened to the curled toe boots worn by Santa’s Elves.

Around 1840, Sondre Norheim and a group of friends invented a heel binding. They made this using braided willow, to provide further support for their leather boots whilst skiing.

From here, the boots developed into a more robust boot with the addition of rigid steel toes. This development was supported by the installation of reinforced wooden shanks in the sole of the boots. Which were extended front to back to fit securely into the continually evolving bindings.

Until around the 1870’s, all ski boots were custom made by the local cobblers within each village. However, this all changed with the introduction of the electric sewing machine in America. This innovation revolutionalised the production of goods across the world. By the late 1980’s ski boot brands had put the machines to work and were able to produce thousands of boots from their factories each year. 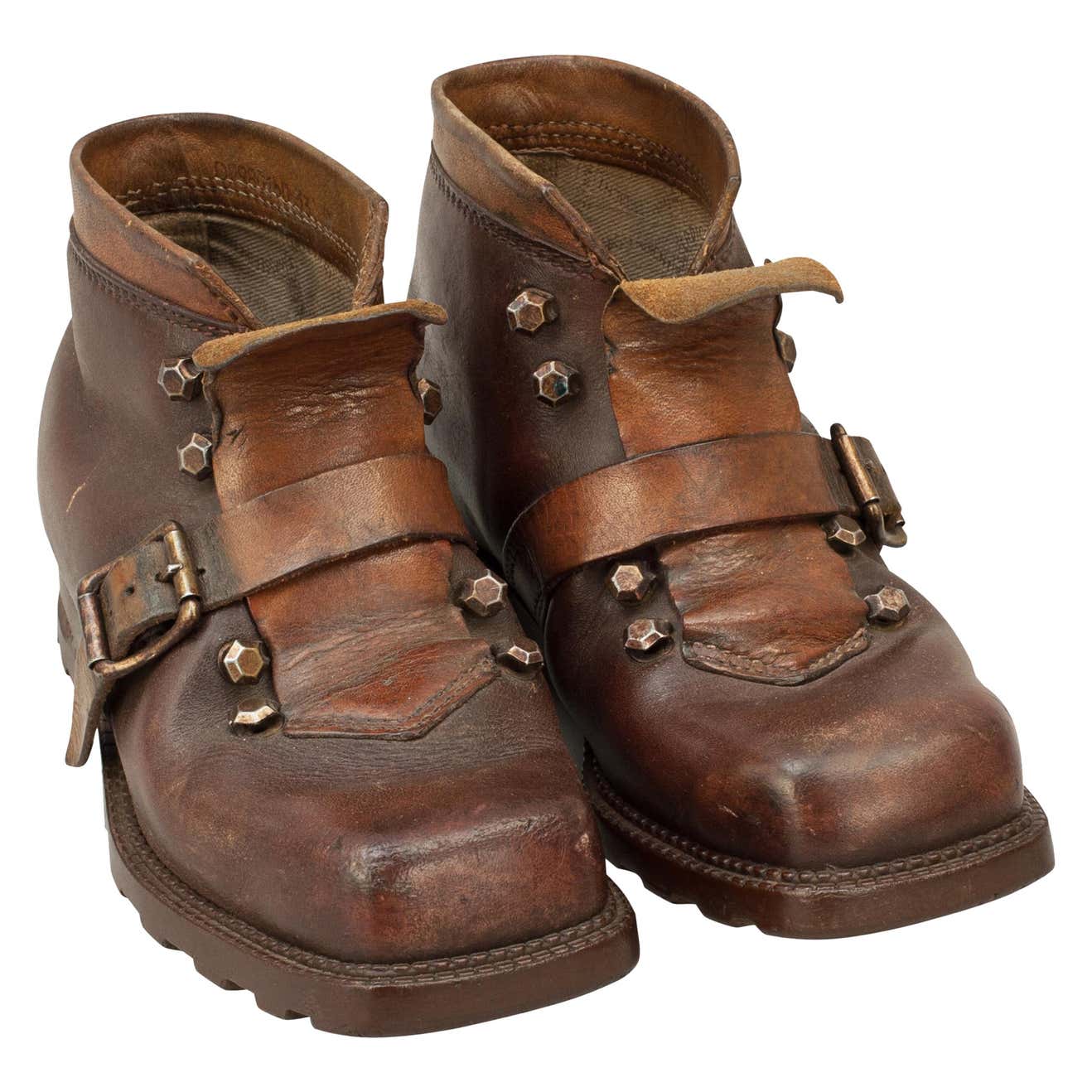 At the turn of the century into the 1900’s, the first mass produced leather ski boots appeared in sporting goods magazines. For around the next 50 years, ski boot development was heavily focused on improving the waterproofing and durability of the now established leather lace up boot.

It wasn’t until 1954 when Swiss racer and stunt pilot Han Martin, patented the ski boot buckle that things developed dramatically once again. This provided a key solution to making the now stiffer boots more functionable and durable.

In 1962, things developed dramatically once again. Bob Lange introduced the invention of plastic shelled boots. This innovative new design was quickly adopted by other European manufacturers. This new design involved laminating plastic to leather in order to form the shell which truly revolutionised waterproofing and durability of the boots.

By 1970, thanks to vast development by brands such as Nordica, the modern ski boot had fully emerged. This included features such as fully removable and customisable inner boots which we see today. It was also in the 1970’s that ski boot sole shapes were standardised.

In the 1980’s, Koflach Mel Dalebout introduced the power strap which acts as a 5th buckle at the top of the boot. As with the introduction of plastic boots, many other brands quickly latched onto this development and began to integrate the power strap into their designs too.

Performance and overall durability of ski boots have come a long way. We continue to see ongoing developments and adaptations in boot design for different types of skiing. However, the basic premise of the boot established in the late 1900’s remains the same today.

What does apres ski mean?

How do you pronounce apres ski?

You can listen to its pronunciation here.

Where did apres ski originate?

What time does apres ski start?

From around 4pm when the ski day draws to a close. You can of course attend earlier, in some places you may want to get there ahead of time to bag yourself a prime position. Or enjoy a spot of lunch before the action commences. But, do not fear! You won’t need to cut your ski day short in order to attend the main event. Apres usually runs on around until 6:30/7pm. 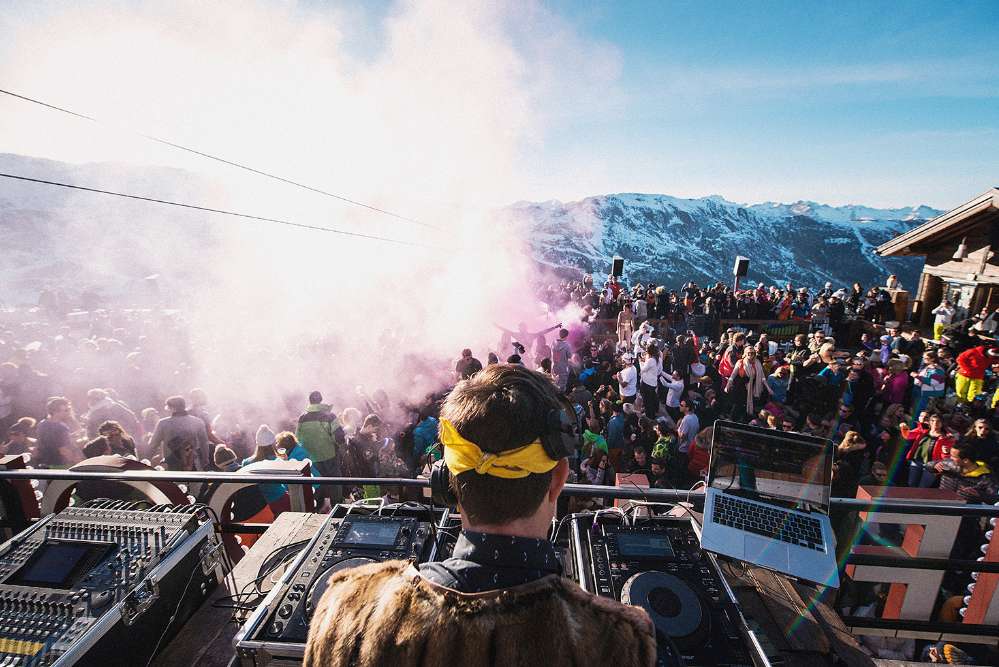 Where is the best apres ski?

The best apres destination is a much-discussed debate. But if you’re looking for a combination of world class apres and within the world’s largest connected ski resort then the answer is simple! Meribel. Here you will not only have access to Meribel’s fantastic amenities and apres, but also its neighbouring towns and villages. From Courchevel to Val Thorens and everything in between. You’ll be truly spoilt for choice with each area offering a selection of great apres bars with a different vibe.

What do skiers drink?

Skiers enjoy a range of different beverages. Popular choices for apres are often hot drinks such as Vin Chaud or an Irish Coffee. Contrastingly as apres continues, skiers will often be seen to enjoy a crisp beer, or a variation of your typical pint such as, Demi Peche. This refers to a beer with a shot of peach syrup.

Another infamous choice is a 10/80. When made in a pint glass, this rather lethal cocktail will consist of around half a bottle of wine, a shot of fruit flavoured syrup, topped up with either lemonade or soda.

Shots are also a common feature when it comes to apres ski. Two options you’re almost certain to come by when skiing in France are Toffee Vodka and Genepi.

Genepi is a herbal liqueur. It is less sweet than many digestifs, and the flavour imparted by the herbs is reminiscent of chamomile or feverfew. Toffee Vodka, is a more subtle flavour of creamy toffee mixed with Vodka and is usually served ice cold. 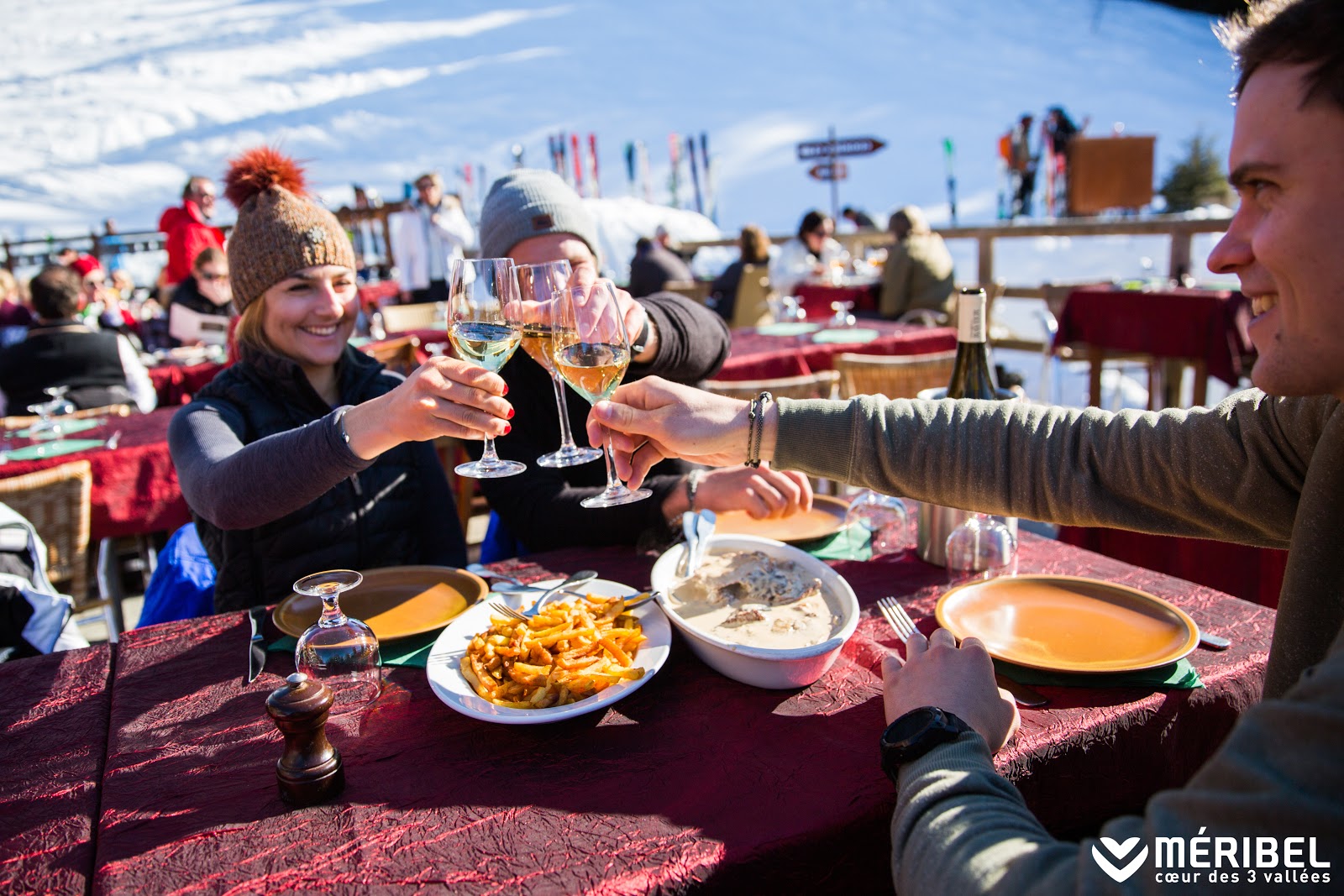 Both skiing and its equipment has come a long way over the years. Our use of skis has also changed dramatically. Despite the vast developments over the years, skiers’ use and love of the mountains remains the same. If you would like to book your next ski holiday with us, take a look at our remaining availability here. If you have any questions, please do not hesitate to get in touch. We would love to hear from you!